While many ISPs promise lightning fast speeds, the reality is that internet speeds aren’t always as fast as you might expect.
Your internet speed can be affected by factors such as your Wi-Fi connection, your router and your network traffic, so if you want to avoid video streaming slowdowns and productivity interruptions, reviewing your internet setup is an essential first step.
With a little guidance thanks to the best internet speed tips from broadband experts, you too can maximise your internet speed and avoid slowdowns at home and at work.

Check and test your speed on a regular basis

Sometimes your internet connection can feel like it’s lagging; at other times,it seems super fast and allows you to stream videos and download large files without issues. Our perception of internet speeds can be subjective, and speeds can be impacted by open apps that are competing for bandwidth.

The only way to be certain of your connection speed is to do an internet speed test. Bryan from Telco Independent Consulting recommends running a speed test on Speed-test, a free service that’s easy to use.

Paul Boyce of Cel-Fi also recommends using Speed-test to check your speed regularly, while Nick Broughall from Finder.com.au suggests using Google’s speed test. You can use this service by entering ‘speed test’ in Google.

Aussie Broadband have developed their own speed-test to assist their customers with checking their internet speed, and best of all the speed-test will automatically attach its results to your account in order to provide you with a detailed speed-test history. At this time the Aussie Broadband speed test is only available to customers.

It’s important to note that any external speed test servers can produce misleading results due to upstream problems. However using speed tests to test performance to particular locations can be quite helpful which is useful for international speed checks.

Check each connected device Before assuming that it’s your network that’s at fault for slower speeds, check all the connected devices on your network to find out if they’re contributing
to the issue. It could be that that real cause behind a slowdown in speeds is actually a specific device or program on a device. By running a simple test, you may find that it’s a background process, such as running backups, or even a malware-infected device that’s now using your network to infect other devices across the internet.

You can use something like Wireshark, a free app that lets you review all the data packets on your network to check whether specific devices are clogging up your connection and causing the slowdown. If you know how to get into your router’s administration interface, try logging in, checking the reports and logs, and finding out whether certain devices are more bandwidth heavy than others. If there are unknown devices, your network might have been hacked and your bandwidth being stolen, so you’ll want to boot off these devices from your network and change your password.

There’s also the option of switching off one device at a time to find out which one is using up excessive amounts of data. Switch the devices one at a time and check your network speed with something like Speed-test as you go. This way, you can isolate which device is compromising speeds for other users.

Do you need help?

Contact us today – our technicians are ready to help you solve that problem.

Give Us A CallRequest A Free Estimate 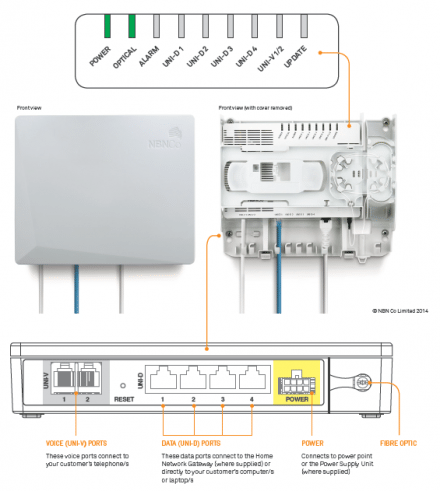 The article will explain the meaning of the status lights found on the NBN™ Connection Box (indoor unit) used for Fibre to the Premises (FTTP) services.
These lights may help you quickly check on the status of your NBN™ connection which may be useful when troubleshooting NBN™ FTTP issues.
Please note that the FTTP Connection Box should not be confused with the Connection Box for NBN™ Wireless.

END_OF_DOCUMENT_TOKEN_TO_BE_REPLACED 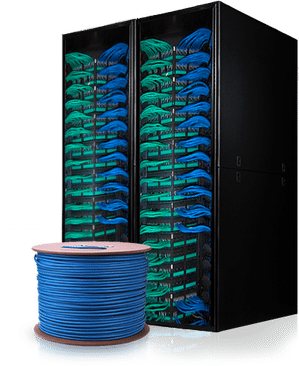 Installing modems and phone lines at the office, warehouses or shopping centres; things are more complicated than a data cabling at home. You might need a specific cabling system, connecting multiple computers, printers or phones which is not an easy task, so is better to hire an expert. Although, you should know which are the basics of a network and data cabling system (Structured cabling) in order to know how to select the best option for you and your business.